As a Flight Attendant, I am able to experience some of the nation’s greatest cities in short bursts of times. I recently had a 32-hour layover in Tyson’s Corner, Virginia. I spent my time exploring Georgetown, a hip enclave in the nation’s capitol with great food and dessert options for vegan and plant-based foodies. I found Baked & Wired cupcake shop, Chaia farm-to-taco restaurant, “The Exorcist” steps and Georgetown University. Read on for our must see places in Washington, D.C. 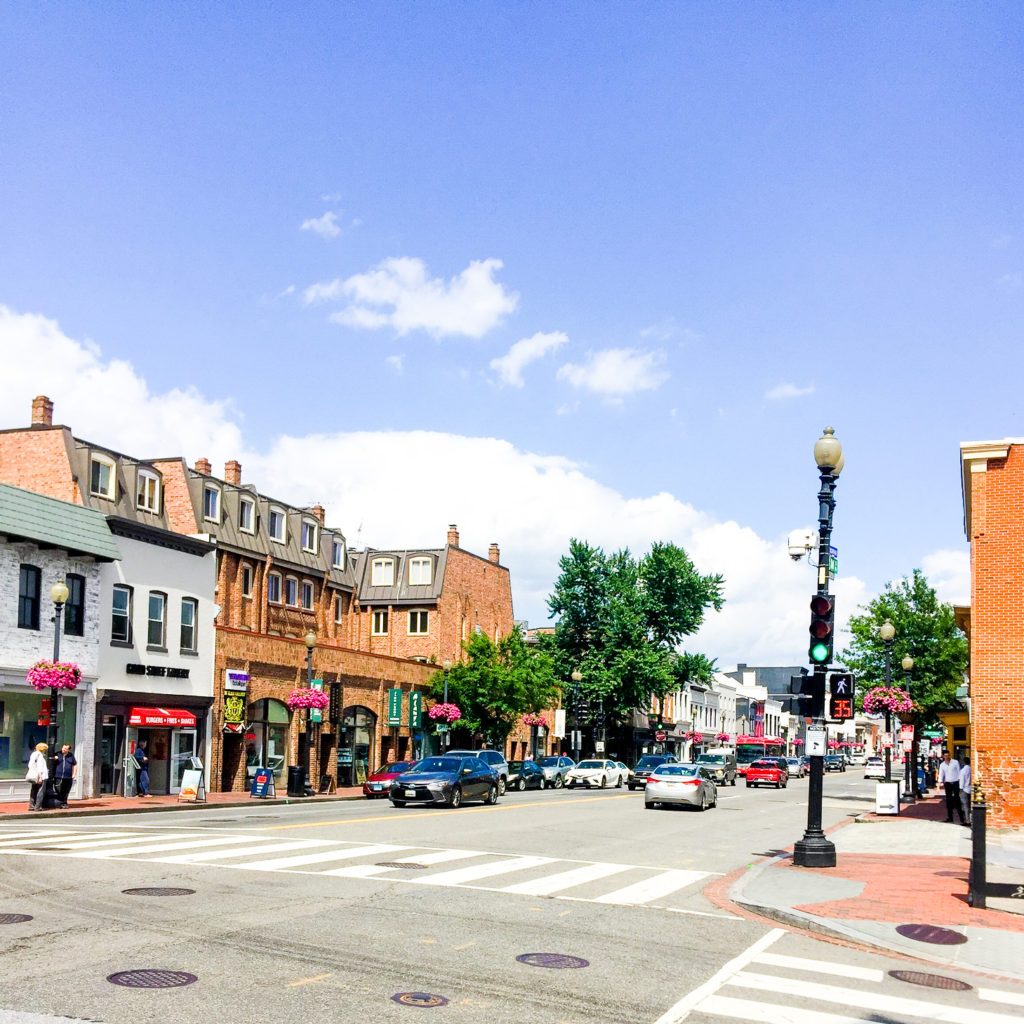 I took the train to the Foggy Bottom station and mapped out a route to the heart of Georgetown. I found a coffee and cupcake shop online called Baked & Wired and headed that way. While en route, I found my first ever Lime Scooter! They are like Lime Bikes but an E-scooter. It is a little sketchy scootering next to cars because you are not supposed to be on the sidewalks but it makes getting around fun and fast. 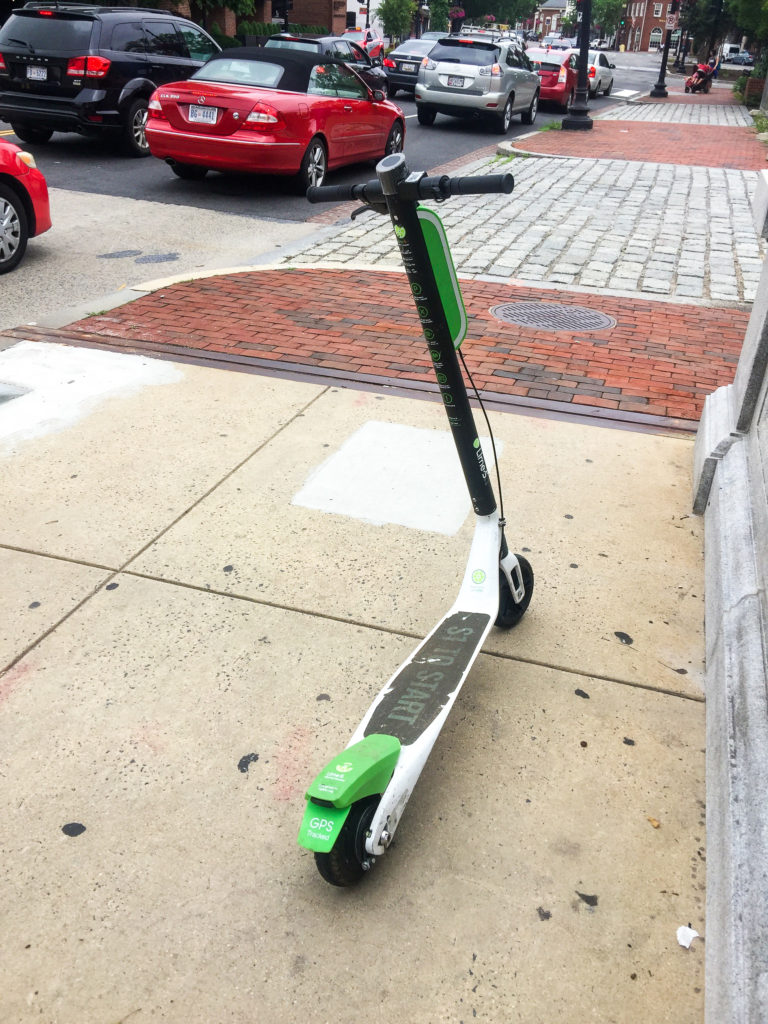 Baked & Wired offers cupcakes (which they call cakecups) and other small-batched baked goods based on family recipes, including a Vegan Oreo cakecup. It’s made with chocolate cake and topped with Oreo frosting and crushed Oreo cookies. It is delicious. 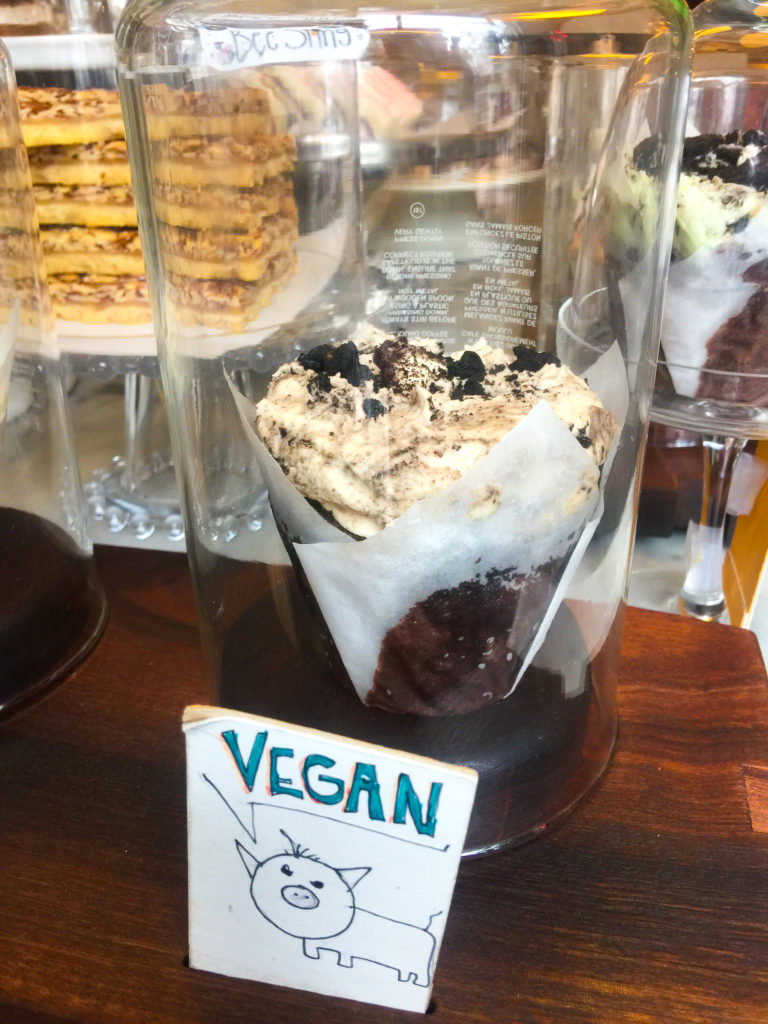 Georgetown is amazing and I kind of wish I lived here. I fall in love with cities all the time. Maybe in another life. There is a SEE Eyewear store which is my fave, a Fleuvog, a brick-and-mortar Rent The Runway location, a Kate Spade store (I was there one day before she passed-what an immense loss) and a bunch of other high-end chain stores and cute boutiques and coffee shops. 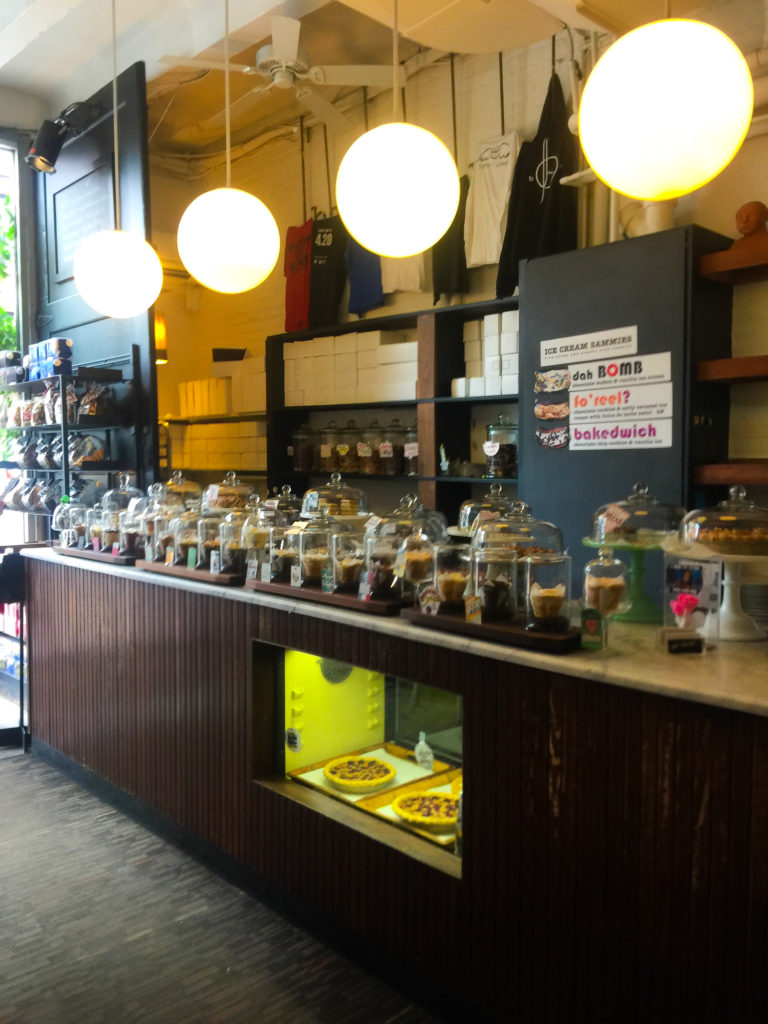 Baked & Wired during a rare moment when there was no line.

After buying cupcakes/cakecups and coffee, I wandered off the main strip and found a charming neighborhood with beautiful old brick homes. There was a corner white building with an apartment sign for rent. I sat down around the corner to look at Google Maps and figure out where I was.  A property manager walked up and asked me if I was Josie there to see the apartment. It was tempting to say “yes” but I didn’t. He said one bedrooms are $2100-2300.  It turns out I was close to Georgetown University and the Exorcist steps! I headed that way and found the Georgetown Grad School Arts building which is adjacent to the Exorcist steps-which are an official tourist destination and D.C. landmark, recognized by the mayor and awarded a plaque. In the movie “The Exorcist,” the character Father Damien Karras dies after falling on these stairs. Even if you aren’t a movie buff, the steps are a well known exercise spot and joggers and other athletes frequent them for challenging workouts. 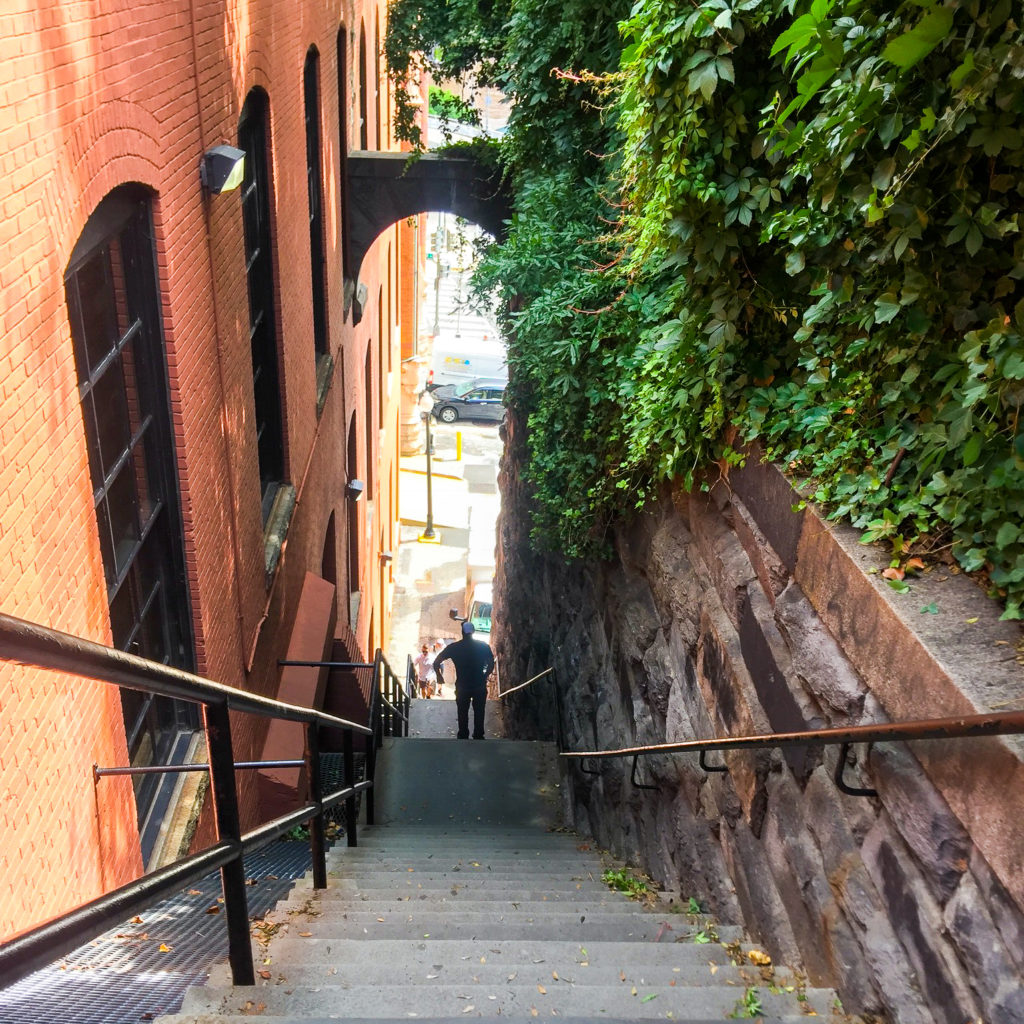 Sometimes when I travel I get sucked into relying on Yelp and Google Maps. It kind of sucks. It takes away the fun of wandering aimlessly and following my instincts and seeing where I end up-which is the cool part about being in a new city. Or your own city for that matter. I wandered around the neighborhood off the main strip because it looked beautiful and interesting and it led to some cool places. 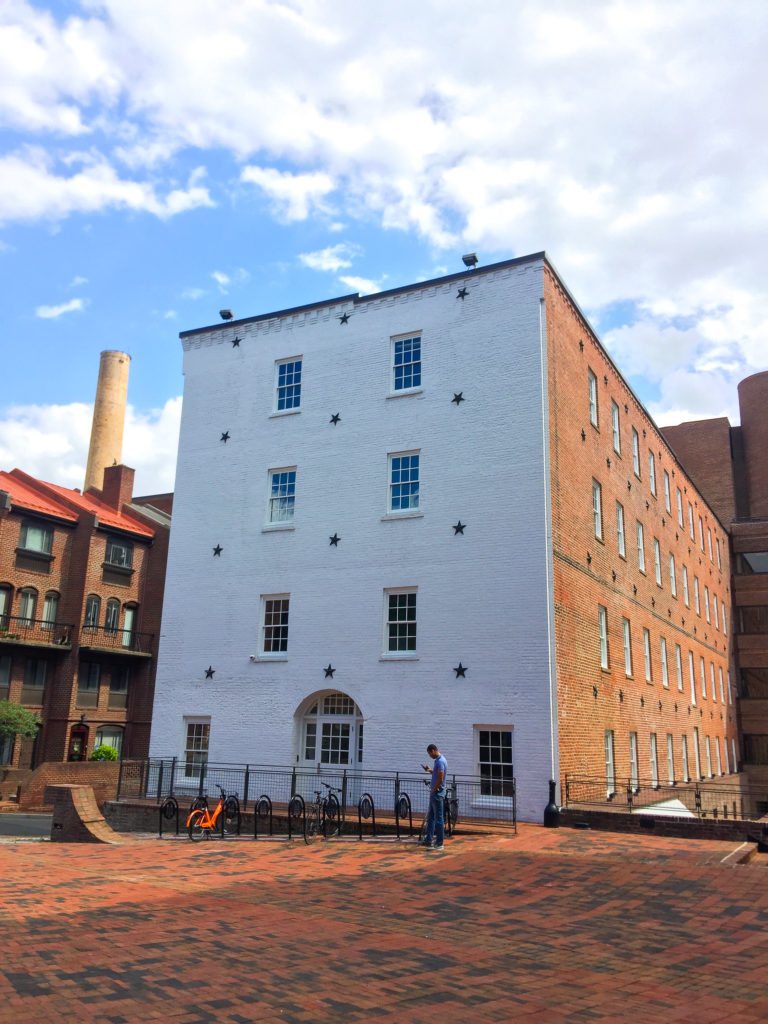 After exploring for a few hours, I decided to check out a “Farm-to-Taco” restaurant I had researched called Chaia. 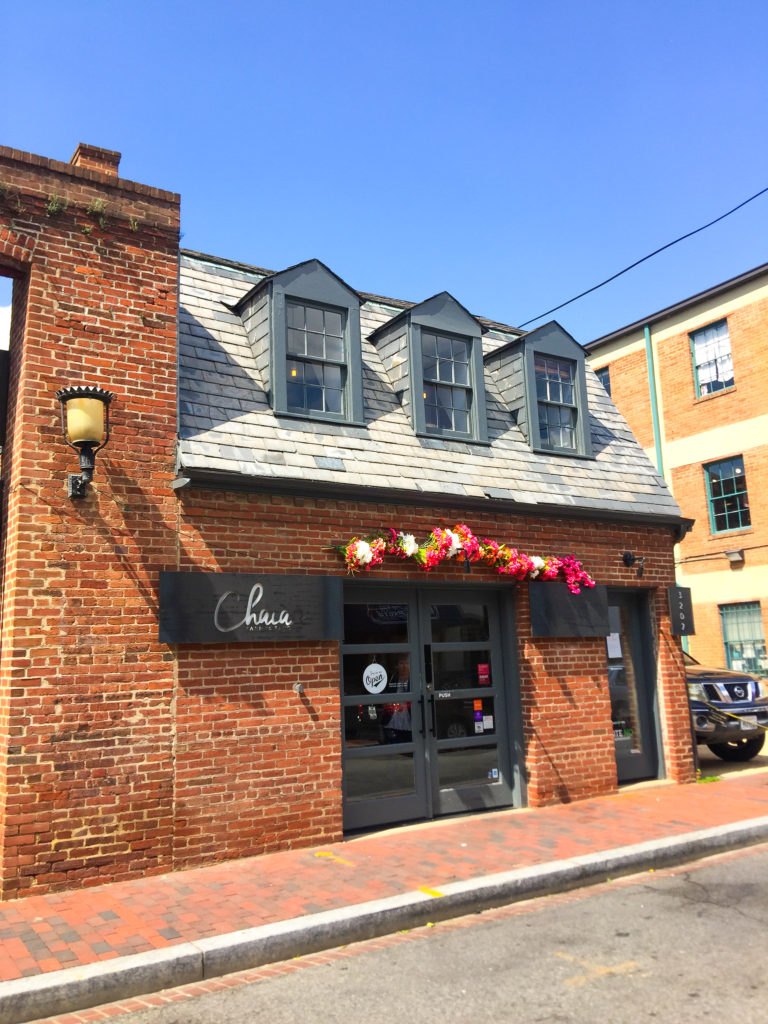 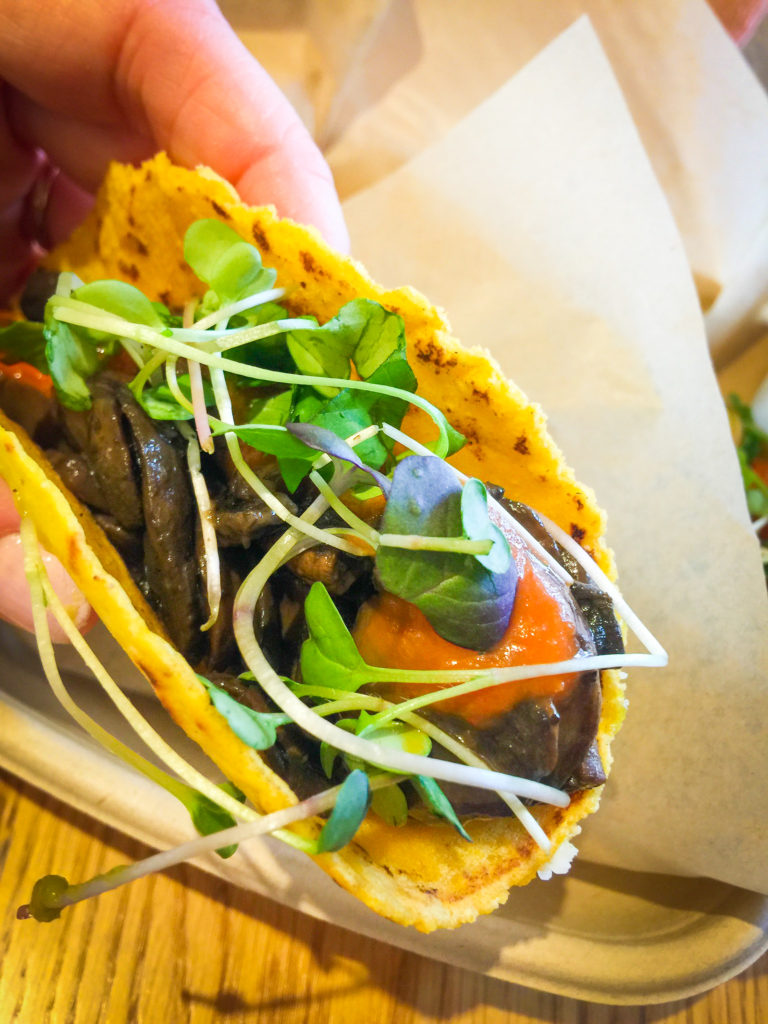 It’s a great restaurant and anyone who loves tacos and good food needs to check it out if you ever end up in Georgetown.

After riding my first Lime Scooter, walking for hours, discovering Baked & Wired, finding the Exorcist Steps and eating at  Chaia, I was happy with my adventure and ready to head back to the hotel to sleep before an ungodly wake-up time of 4am (East Coast time-argh!!). I’ll see you next time, Georgetown…